Gideon Project Phase 2: Get on the horn!

The EasyMails were write on and we reached our goal of 2,500! Now it’s time to call! 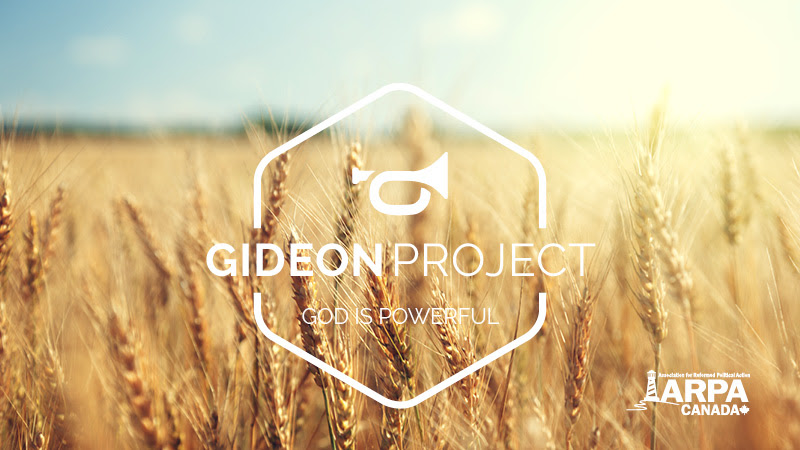 We’re launching phase two of the Gideon Project. We’ve got a sticky note for you with talking points and everything else you need to call the Honourable David Eggen.

Your sticky note is right here! (See a version for non-parents here).

So take that sticky note and call the Education Minister. Yes, pick up the phone and speak up for the right to send your child to a school that wishes to remain faithful to its Christian identity. Remember to be respectful!

Please participate in this phase of the Gideon Project and boldly proclaim that parents have a God-given and Charter-protected right to assume the primary role in raising their children.

The new requirements of the Alberta School Act due to the passing of Bill 24 have resulted in confusion, tension, and a healthy fear of what the future holds for Reformed education as we have come to know it. As our Alberta Manager Ed Hoogerdyk said in his Lethbridge Herald article, “For many parents the school year started on a sour note.” The latest series of communication from Alberta Education gives an even stronger indication that the government is unwilling to back down on their demands that every school adopt a Safe and Caring policy that includes language dictated by the government.

If demanding that Reformed schools adopt terms like gender identity, gender expression, and sexual orientation, as well as the requirement to allow gay-straight alliance clubs wasn’t enough, the Alberta government is now telling Reformed schools to remove all references to the Lord as the true source of wisdom, and the infallibility of Scripture! Here follows several screen grabs from a recent letter sent to a Reformed school.

To be clear, we must always respect and pray for our government leaders. But we must also hold them accountable. This government is driven and committed to an ideology that is a direct attack on God. We need to take a stand and make it clear that it is our Christian duty but also our legal obligation to raise children as we deem necessary. The Bible commands us to do this and our Charter of Rights and Freedoms allows us to do this.

What is the Gideon Project?

Gideon and his small band of 300 men must have felt lonely and overwhelmed. Who could blame them? But through Gideon God demonstrates His power and sovereignty. Suddenly great kingdoms are toast. Fierce beasts can only wield the power of a yappy poodle. Powerful armies flea like flies to a bull’s behind. You get the picture. God is powerful. God uses average Joe Blows and Josephine Blows just like you and me. So, take a stand.

Note: this call to action is for Alberta residents. If you are from other provinces we encourage you to pray for Alberta and also remain vigilant, as there has been and will continue to be similar pressure elsewhere.

Warning: Invalid argument supplied for foreach() in /home/arpa/test.arpacanada.ca/wp-content/themes/arpa/modules/action-items.modules.php on line 202

Warning: Invalid argument supplied for foreach() in /home/arpa/test.arpacanada.ca/wp-content/themes/arpa/modules/action-items.modules.php on line 274